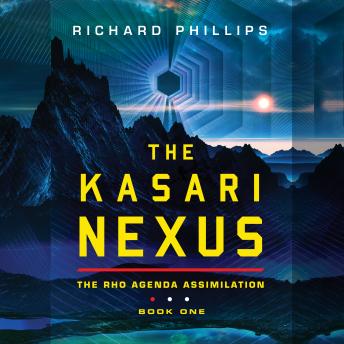 Jennifer Smythe escapes Earth's invasion by the insidious Kasari race, hijacks an alien starship, and survives the deadly passage through a wormhole.

But escape is short-lived....

When Jennifer emerges on the new world of Scion, she is confronted by the same deadly enemy. Now the Kasari have sided with the planet's angel-like elite against the warrior underclass, but with the intent of ultimately ruling both. And when Jennifer is captured by the brutish Koranthians, her alien-enhanced abilities make her a crucial asset in battling the Kasari and their winged allies.

Back on a divided Earth, Jennifer's brother, Mark, and Jack "The Ripper" Gregory wage their own war against the Kasari. As the global government welcomes the extraterrestrials, Mark, Jack, and their rebel faction seek to use the powerful mind-altering skills gained from the Kasari's sworn enemies to repel the would-be conquerors. But faced with the might of Earth's ruling forces, has the cause already been lost?