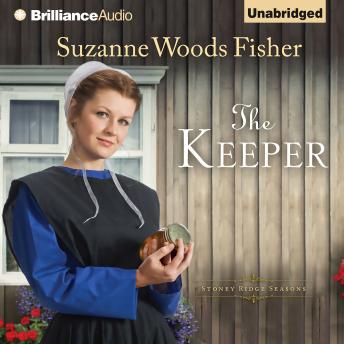 Life on Windmill Farm hasn't been the same since Julia Lapp's father has had trouble with his heart. But that doesn't stop Julia from hoping for a bright future. She has planned on marrying Paul Fisher since she was a girl. Now twenty-one, she looks forward to their wedding with giddy anticipation. But when Paul tells her he wants to postpone the wedding - again - she is determined to change his mind. She knows who is to blame for Paul's sudden reluctance to wed: the Bee Man. Roman Troyer, the Bee Man, travels through the Amish communities of Ohio and Pennsylvania with his hives full of bees, renting them out to farmers in need of pollinators. A mysterious man who relishes his nomadic life, Roman especially enjoys bringing his bees to Stoney Ridge each year. But with Julia seriously at odds with him, Windmill Farm is looking decidedly less appealing. Can Julia secure the future she's always dreamed of? Or does God have something else in mind? "The Keeper is a keeper. From a fabric of likable and original characters, Suzanne has crafted a moving story of faith and loyalty, a story of hope shining out of the darkest places. A captivating read." -Dale Cramer, bestselling author, Levi's Will

This title is due for release on January 2, 2012
We'll send you an email as soon as it is available!