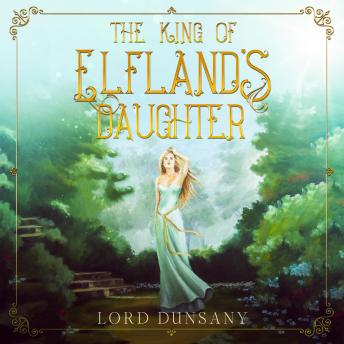 'Go forth,' he said, 'before these days of mine are over, and therefore go in haste, and go from here eastwards and pass the fields we know, till you see the lands that clearly pertain to faery; and cross their boundary, which is made of twilight, and come to that palace that is only told of in song.' 'It is far from here,' said the young man Alveric. 'Yes,' answered he, 'it is far.' 'And further still,' the young man said, 'to return. For distances in those fields are not as here.' 'Even so,' said his father. 'What do you bid me do,' said the son, 'when I come to that palace?' And his father said: 'To wed the King of Elfland's daughter.'
It is said that Dunsany wrote his stories with a handmade quill in a single draft, and The King of Elfland’s Daughter is widely regarded as one of his greatest works. A fantasy classic which has influenced some of the most popular fantasy writers of all time, including J R R Tolkien and Neil Gaiman, and one of the landmark pre-Tolkien fantasy stories written. It is noteworthy not only for its poetic literature and picturesque imagery, but also its exploration of Elfland, a land of fancy, immortality and forbidden love.

This title is due for release on January 27, 2020
We'll send you an email as soon as it is available!