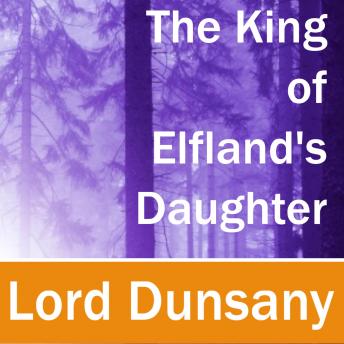 The King of Elfland’s Daughter, written by Edward John Moreton Drax Plunkett, 18th Baron of Dunsany or more commonly known as Lord Dunsany, is a classic of early fantasy fiction and its prose is the very sound of fantasy. One can hear the echos of this tale in later works by such authors as J.R.R. Tolkien and C.S. Lewis. The Parliament of Erl tells their king that they want a more magical king for the future. They believe magic will bring fame to their beloved, but unknown, little village. Honoring their request, the king sends his son to Elfland to seek as his bride, the King of Elfland's Daughter. The story travels from Erl to Elfland and back again meeting along the way magical creatures and enchanted lands as well as landscapes among the fields we know. The story unfolds as the magical and mundane worlds fail to mix quite as easily as the Parliament of Erl had planned.

This title is due for release on April 19, 2020
We'll send you an email as soon as it is available!