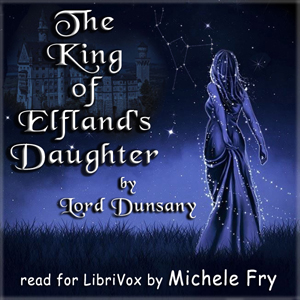 This is a 1924 fantasy novel by Anglo-Irish writer Lord Dunsany, which became public domain in January 2020. It is widely recognized as one of the most acclaimed works in all of fantasy literature. Highly influential upon the fantasy genre as a whole, the novel was particularly formative in the subgenres of "fairytale fantasy" and "high fantasy". And yet, it deals always with the truth: the power of love, the allure of nature, the yearning for contentment, the desire for fame, the quest for immortality, and the lure and the fear of magic. Arthur C. Clarke said this novel helped cement Dunsany as "one of the greatest writers of this century". Receiving numerous accolades, Gahan Wilson called it "likely Dunsany's masterpiece", concluding "it could be the very best fairy story ever written". This reader agrees, describing it as the most sensuous piece of writing she has ever recorded . . . simple, lilting, alluring, suggestive, mesmerizing, invigorating, inspiring, and thoroughly original.

This title is due for release on January 3, 2020
We'll send you an email as soon as it is available!