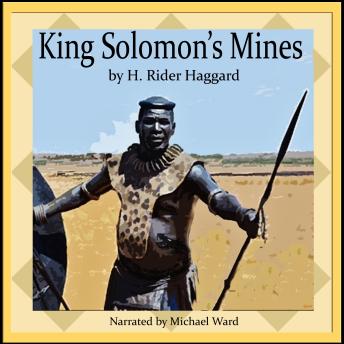 'What was it that you heard about my brother's journey at Bamangwato?' asked Sir Henry, as I paused to fill my pipe before replying to Captain Good.
'I heard this,' I answered, 'and I have never mentioned it to a soul till to-day. I heard that he was starting for Solomon's Mines.'
'Solomon's Mines?' ejaculated both my hearers at once. 'Where are they?' ...
And so begins the adventure of Allan Quatermain, Sir Henry Curtis and Captain Good as they penetrate into the unknown regions of South Africa in search of a missing brother, and the fabulous wealth, said to still reside in 'King Solomon's Mines'.
First published in September 1885 amid considerable fanfare, with billboards and posters around London announcing it as 'The Most Amazing Book Ever Written', this tale of action and adventure by Sir H. Rider Haggard was released in 1885 and became an immiediate best seller.

This title is due for release on May 4, 2020
We'll send you an email as soon as it is available!