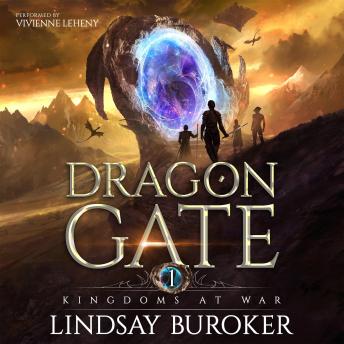 As a cartography student, Jak has always dreamed of finding the lost dragon gate and exploring and mapping distant worlds.

Developing magical powers and becoming a powerful wizard? Not a chance.

Wizards are cruel and inhumane, warring with each other from their great sky cities and keeping most of humanity enslaved. Jak wants nothing to do with them.

But when he and his archaeologist mother unearth the gate, they attract the attention of the very wizards they sought to avoid. Even more troubling, Jak starts developing magical powers of his own, powers that could rival those of the great rulers.

Fate may have given him the opportunity to change the world.

But the wizard rulers don’t like change, and when they detect threats, they send their elite assassins to eliminate them.

If Jak can’t unlock the power of the gate, and the powers within himself, the world will remain enslaved forever.

This title is due for release on May 5, 2021
We'll send you an email as soon as it is available!