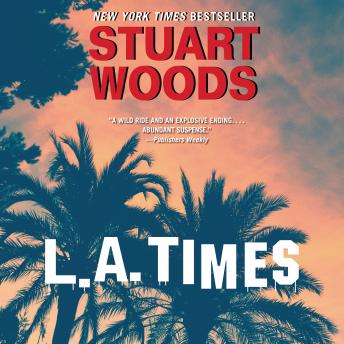 After turning a film student's directorial debut into a hit movie, New York mobster and movie fanatic Vinnie Callabrese takes off for the bright lights of Hollywood, where he begins a new life as Michael Vincent, Producer. A natural born wheeler-dealer, he lands not only a major studio deal but also a gorgeous actress girlfriend.

It isn't long before Michael Vincent is one of the most successful producers in town, given his knack for bringing in films under budget—not too difficult when you're willing to lie, seduce, intimidate, and even kill to get what you want. But some of the people from his past have long memories and a far reach, and now it's Michael's turn to watch his back. Because even in the land of make-believe, certain enemies—and their bullets—are very real.

This title is due for release on April 19, 2016
We'll send you an email as soon as it is available!