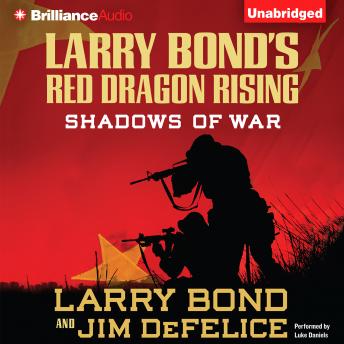 In the not-too-distant future, massive climate change has wracked the globe. China’s rice-growing regions have been devastated by typhoons, while its western breadbasket is suffering from three years of drought. Riots threaten to tear the country apart. With the old-guard Chinese government paralyzed by the crisis, a young, charismatic party leader steps to the fore. His solution to the unrest is a time-tested one—conquest of China’s neighbors.And after that, the world.Josh MacArthur, a mild-mannered American scientist studying climate change in northern Vietnam, is the only witness to a clever attempt by the Chinese to make it appear that Vietnam started the war. Escaping a massacre, he manages to gather critical evidence that could turn world opinion against China.Unfortunately, the Chinese learn of MacArthur’s survival, and of the information he carries. A former Ch’an fighting monk turned commando is sent to capture him. Mara Duncan, a CIA agent, is also on MacArthur’s trail. The American scientist has become the subject of a deadly race in the jungles of northern Vietnam, with the fate of the world in his hands.

This title is due for release on November 10, 2009
We'll send you an email as soon as it is available!