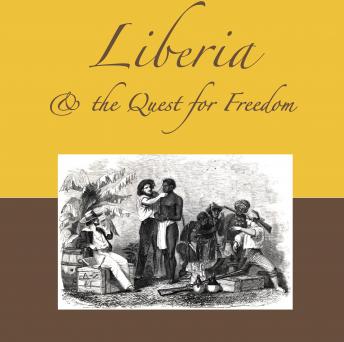 Liberia & the Quest for Freedom: The Half That’s Never Been Told

#1 of The Half That's Never Been Told

C. Patrick Burrowes
A free trial credit cannot be used on this title

Africa’s past and present are deeply influenced by the capture and selling of millions of its people over several centuries. To a greater extent, that is true for Liberia, a country to which blacks from the Americas returned. Like Liberia’s recent civil war, the trans-Atlantic slave trade inflicted pains, traumas and losses that cannot be ignored out of existence. Driven beneath the surface, they corrode our conscience and erode our humanity. By pretending they did not happen, we destroy our ability to tell right from wrong, victims from villains. Echoes of the slavery era can be heard in the derogatory names we call each other like “Gio,” “Belle,” and “ex-slaves.” Liberians living today are called upon to build peace by doing away with relations of great inequality. They have no better examples than the first generation of Liberians, both repatriates and indigenous, who worked together to do just that.

This title is due for release on August 24, 2020
We'll send you an email as soon as it is available!