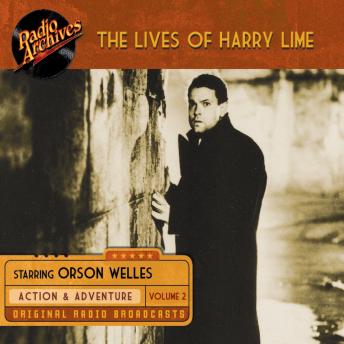 The Lives of Harry Lime, Volume 2

Written By: Towers Of London

Volume 2 of The Lives of Harry Lime In the film noir classic, Orson Welles played Harry Lime - rogue, scoundrel, and black marketeer in postwar Vienna. At the end of the film, in a spectacular chase through the sewers of the city, Harry met his end - but in radio's first prequel, Welles resumed the role in "The Lives of Harry Lime", a series produced in England by Harry Alan Towers. The programs present Lime's criminal adventures before he met his doom - bank heists, confidence schemes, swindles, and such - in a series of witty and well written lighthearted dramas featuring Welles and a virtual stock company of talented actors in adventures set in such exotic locales as Paris, Venice, Tangiers, and the French Riviera.

by Towers Of London