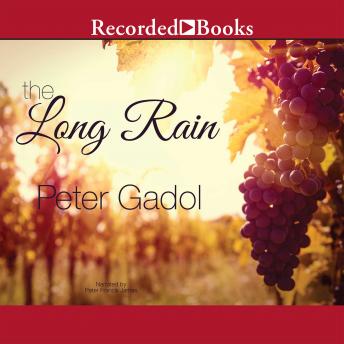 The Long Rain is atypical of the usual thriller. Peter Gadol sneaks up on his readers with an easy conversational style, lures them into a comfortable bucolic setting, and then knocks them off balance with one fell swoop. After three years of struggling to restore his father's vineyard, lawyer Jason Dark has managed to get his life on track and to win back his estranged wife and son. Then, in one irrevocable moment on a dark, storm-swept mountain road, he must make a terrible choice-a choice that forces him into a succession of lies that he hopes will protect his family. Will he survive the consequences of his momentous decision? Readers will wince at the realization that Peter Gadol's hero could be anyone. A twist of fate, an impossible choice-the moral dilemmas that he presents are as complex as any in real life. Talented narrator Peter Francis James deftly completes the illusion that Jason is one of us, the one with whom no reader would want to trade places.