Love Her to Death: The True Story of a Millionaire Businessman, His Gorgeous Wife, and the Divorce That Ended in Murder 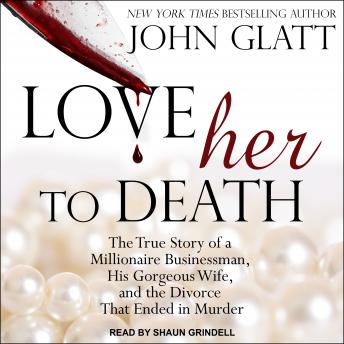 They were a picture-perfect family-until a bitter divorce drove Darren Mack over the edge. A Reno millionaire, Mack was ordered by the court to pay his wife $10,000 a month in alimony. Instead, he stabbed her in the garage while their daughter watched TV upstairs.

The only person Mack hated more than his wife was the family court judge who presided over their divorce. So, after killing his wife, he loaded his gun and went after the judge . . . and headed for Mexico with a stash of concealed weapons.

So began an international manhunt for a rage-filled fugitive-featured on America's Most Wanted-that eventually ended in Mack's capture. In a dramatic trial, the public would learn shocking details of the swinging lifestyle that ended his marriage, the ugly divorce that fueled his anger, and the final straw that triggered his bloody spree.

Love Her to Death: The True Story of a Millionaire Businessman, His Gorgeous Wife, and the Divorce That Ended in Murder