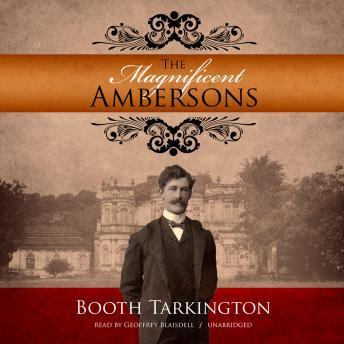 Winner of the 1919 Pulitzer Prize when it was first published, The Magnificent Ambersons chronicles the changing fortunes of three generations of an American dynasty. The family serves as a metaphor for the old society that crumbled after the Industrial Revolution while a middle-western town spread and darkened into a city.
George Amberson Minafer is the spoiled and arrogant grandson of the founder of the family's magnificence. Eclipsed by a new breed of industrial tycoons and land developers whose power comes not through family connections but through financial dealings and modern manufacturing, George descends from the Midwestern aristocracy to the working class. But George refuses to accept his diminishing status, clinging to all the superficiality he has always known. As the wheels of industry transform the social landscape, the definitions of ambition, success, and loyalty also change.