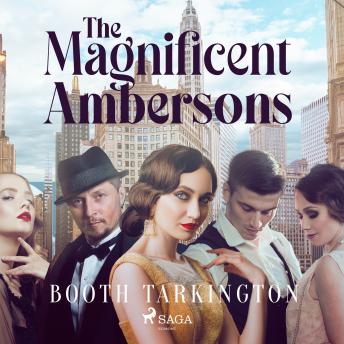 'The Magnificent Ambersons' is the 1918 novel by Booth Tarkington which won the 1919 Pulitzer Prize. It is the second novel in 'The Growth Trilogy,' which includes 'The Turmoil'(1915) and 'The Midlander' (1923). In 1942, Orson Welles directed a film version of it, also titled 'The Magnificent Ambersons' and starring Joseph Cotten, Dolores Costello, and Anne Baxter.
The novel and trilogy traces the growth of the United States through the declining fortunes of three generations of the aristocratic Amberson family. It is set in a fictional Mid-Western town, between the end of the Civil War and the early part of the 20th century, a period of rapid industrialisation and socio-economic change. The decline of the Ambersons is contrasted with the rising fortunes of industrial tycoons and other new-money, self-made families.
-
Booth Tarkington (1869-1946) was an American novelist and dramatist. Originally from Indianapolis, he attended both Purdue University and Princeton, as well as getting an honorary doctorate from Columbia. His family was well-off, though they lost some of their wealth in the Panic of 1873 (the Great Depression).
He won the Pulitzer Prize twice, for 'The Magnificent Ambersons' (1918) and 'Alice Adams' (1921), making him one of only three to win it more than once, putting him alongside William Faulkner and John Updike. Whilst he is less known today, he was considered to be America's greatest living author during the early 20th century.

This title is due for release on October 5, 2020
We'll send you an email as soon as it is available!