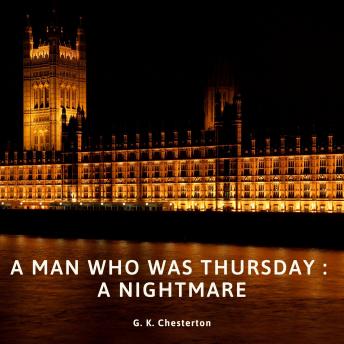 The Man Who Was Thursday : A Nightmare


In a colorful neighborhood of West London, two poets are at each other’s throats. Gregory is an anarchist who longs to upend civilization with the power of his words, while Syme is a man of reason, convinced his opponent’s beliefs are nothing but a fashionable pose. To prove his seriousness, Gregory introduces Syme to the central council of European radicals, where the newcomer is given the codename “Thursday.” Though none will admit it, every man in the council is a liar—and each is deadly in his own way.

Gregory has no inkling that his new comrade Syme is an undercover detective, sent by Scotland Yard to destroy the council from within. But as the other men reveal their secrets in turn, it becomes clear that Thursday is not the enemy; it is the mysterious figure named Sunday whom they all should fear.

This title is due for release on July 5, 2020
We'll send you an email as soon as it is available!