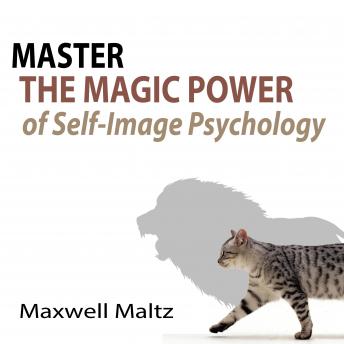 Dr. Maltz was one of the world's most widely known and highly regarded plastic surgeons when he wrote Psycho Cybernetics.

It's fair to say that from then on he became even more famous for his contribution to man's ability to know himself better and to change himself for the better through what he called self-image psychology.

Dr. Maltz came to his understanding of the importance of the power of self-image through his practices as plastic surgeon. He found that many people who really didn't needed plastic surgery wanted operations in order to portray an image to the world. It became apparent to him that the real problem with his patients wasn't their outward physical image but their inner self-image. In fact, in some cases, they were unhappy or unsuccessful because their self-images were actually compelling them to make mistakes and complicate their lives.

Patients hoped that changing their outward images would make them happy, and in some cases it did. But there were a number of patients who underwent surgery and then were very disappointed that their lives weren't suddenly transformed in some way.

It was those patients who changed their self-images at the same time that Dr. Maltz was changing their outer images who had the most positive results.

Obviously, for some, the change in physical features was important and was the stimulus needed to change their self-image, but for others it was simply the change in self image that was needed, and it could have been accomplished without surgery.

If only the patient had understood how important self-image was, he could have changed his self-image himself.

It was for these patients and for all those who wanted to improve their lives that Dr. Maltz developed the system of mental exercises and techniques that he called self-image psychology.