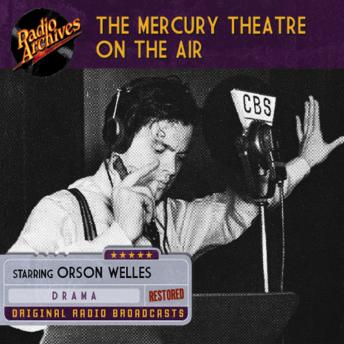 The Mercury Theatre on the Air

Before creating cinematic masterpieces like "Citizen Kane", Orson Welles established his creative credentials with "The Mercury Theatre on the Air", an hour-long showcase which allowed him, producer John Houseman, musical director Bernard Hermann, and a close-knit team of performers and technicians to broadcast innovative adaptations of both well-known and obscure stories - programs that quickly set a new standard for dramatic radio production. Radio Archives is proud to offer an impressive collection containing ten immortal broadcasts of the series, just as originally aired in 1938, transferred directly from the highest quality master recordings and painstakingly restored for the best possible audio quality.

Mercury Theatre on the Air