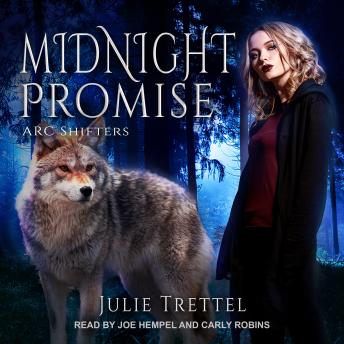 Jade Michaels is a coyote shifter who rebels against society and embraces the negative stereotypes of her kind. Her father bailed on her mother the second she found out she was pregnant, leaving Jade to believe that true mates are nothing more than fabricated fairy tales. At the start of her senior year at the ARC, Jade is determined to leave her mark and embarks on a campus wide inclusion campaign. Her #1 goal is to take down Greek Row.

Brett Evans was the youngest president of his Delta Omega Gamma chapter and currently also resides as the president of Greek Row at the ARC. He learns of Jade's crusade when the school administration begins to push back and insist the Greeks become more inclusive. When he goes to crash a campus bonfire party Jade is hosting, he gets much more than he bargains for! Jade Michaels, his sworn enemy, is his one true mate.

When Jade and Brett stumble across a deep, dark secret within the walls of the ARC, will they be able to set their differences aside to save the school? Or will their own prejudices towards each other be the fall of Archibald Reynolds?