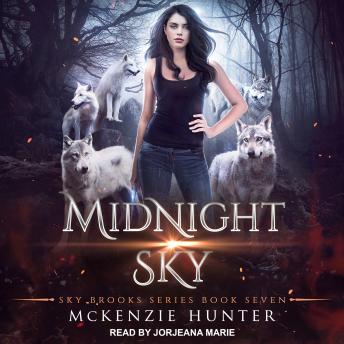 Being part of the Midwest Pack isn't easy-especially now.

Sky's life has never been simple-and it only gets more complicated. The Alphas, Ethan, and several key players in the otherworld go missing, thrusting Sky into the position of Elite Alpha and tasking her with finding them. The list of suspects grows as Sky realizes that her mating with Ethan has caused allies to become enemies. Will she locate the missing in time or will she be the last Alpha standing?

Sky doesn't know who she can trust. Too many people want her dead, including a new group of witches who want to rid the world of were-animals, especially those that who can wield magic like Ethan and Sky. Adding to the problems is a new group of vampires, who would do anything necessary to gain control in the Midwest by taking over the Northern Seethe, including hurting Sky's friends.