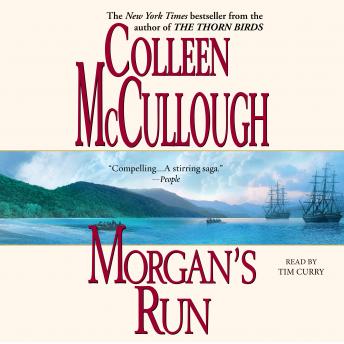 Colleen McCullough captivated millions with her beloved worldwide bestseller The Thorn Birds. Now she takes readers to the birth of modern Australia with a breathtaking saga brimming with drama, history, and passion.

Following the disappearance of his only son and the death of his beloved wife, Richard Morgan is falsely imprisoned and exiled to the penal colonies of eighteenth-century Australia. His life is shattered but Morgan refuses to surrender, overcoming all obstacles to find unexpected contentment and happiness in the harsh early days of Australia's settlement.

From England's shores to Botany Bay and the rugged frontier of a hostile new world, Morgan's Run is the epic tale of love lost and found, and the man whose strength and character helped settle a country and define its future.