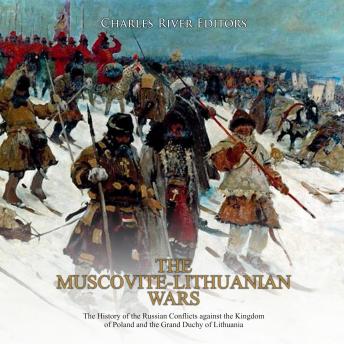 Muscovite-Lithuanian Wars, The: The History of the Russian Conflicts against the Kingdom of Poland and the Grand Duchy of Lithuania

The Mongols were pushed out of the region by the Poles and Lithuanians, who then occupied state territories in the 14th century. Poland seized areas in the west, known as Galicia, while Lithuania occupied a northern area called Volynia. The Mongol-Tatars, however, retained control of the Crimean Peninsula, using it as a base for trade, including that of slaves, with the Ottoman Empire. The Tatars would actually strengthen their grip on the Crimea after the Golden Horde’s demise and continue terrifying other European powers. By allying themselves with the Ottomans, the Tatars seemingly lost the potent position they had when they were a part of the Mongol Empire, they were still close to being a superpower from Southeast Europe and the Middle East. Meanwhile, the Ottomans would continue to expand their territory and threaten other European nations for centuries to come.

Meanwhile, Russia also began expanding its influence by playing a role in defeating the Mongol hordes. The Russian ruler, Grand Prince of Moscow Ivan III, married the final heir to the Byzantine throne, Sophia (born Zoe) Palaiologina, the daughter of the last emperor of Byzantium, in 1480. Sophia would go on to be the grandmother of Ivan the Terrible, the first tsar of Imperial Russia from 1547-84. As a result of this lineage, the Romanov tsars would claim they were the torchbearers of Orthodox Christianity, descending directly from Byzantium.

All of this political maneuvering would bring about one of the most famous battles in the history of Eastern Europe as the various parties sought to fill the power vacuum. The battle would be fought around Orsha, which is today a city of about 118,000 inhabitants on the fork of the Dnieper and Arshytsa Rivers in northern Belarus. One of the oldest settlements in that nation, Orsha has historically been an important center of communication and trade, situated as it is on a major river that flows down into the Black Sea.

Muscovite-Lithuanian Wars, The: The History of the Russian Conflicts against the Kingdom of Poland and the Grand Duchy of Lithuania

This title is due for release on June 27, 2020
We'll send you an email as soon as it is available!