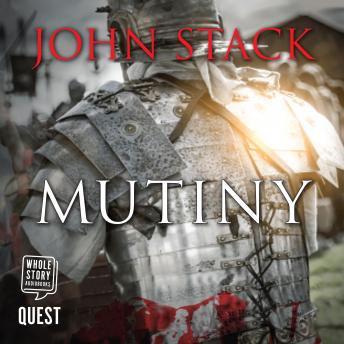 #1 of Mercenary of Rome

Following many years of war with Rome, Carthage is exhausted. Yet the trouble is not yet over. As mercenaries land in Carthage to claim payment for services rendered, they do not receive what they expect. Lacking a shared culture, structure and even language, this band of warriors has taken up residence in Carthage, and is becoming increasingly angry... Meanwhile, veteran Roman sailor and prefect Atticus Perennis is fighting pirates in the seas around Sicily. Perpetually an outsider due to his Greek heritage, Atticus is a fine Roman warrior with several points to prove. He sails with his brother-in-law, a Roman centurion of striking bravery and skill, and despite their grisly encounters with pirate crews, both long for some measure of peace after the wars with the Punici of Carthage. It is a vain hope. For among the pirates' booty are Roman senators, who tell Atticus of the mercenary occupation of Carthage. Worse, the mercenaries have kidnapped the Roman proconsul to whom Atticus owes a particular debt of honour. And so, Atticus, Septimus and their crew sail for Carthage. Mutiny is a meticulously rendered tale of politics and war in the Roman era, a tale that takes an unflinching look at the details of battle and occupation and the compromises of allegiance. It will delight fans of Roman history, historical fiction and military fiction alike. John Stack is the author of the Sunday Times bestselling Masters of the Sea series.

This title is due for release on December 27, 2018
We'll send you an email as soon as it is available!