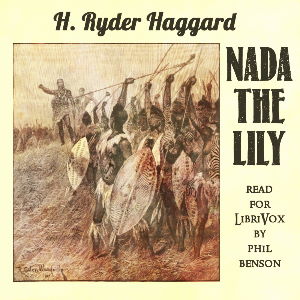 A classic tale of love and revenge set in the Zulu Kingdom of present-day KwaZulu-Natal in South Africa. A work of fiction loosely woven around actual historical events, Nada the Lily is unusual in the literature of the British empire for its cast of entirely black African characters. Narrated by Mopo, witch-doctor to the legendary Zulu king, Chaka, and featuring a spectral wolf pack and a cave that becomes a tomb, the novel continues in the spirit of the Alan Quatermain novels that made H. Rider Haggard the best-selling author of the nineteenth century. Nada the Lily was republished in the 1970s as the twentieth volume in the celebrated Newcastle Forgotten Fantasy Library, which included nine of Haggard's works.