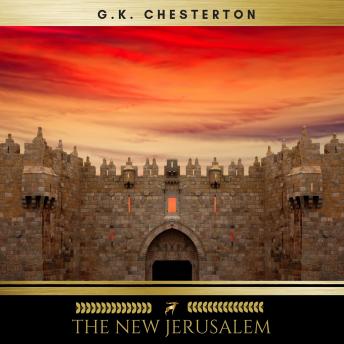 The opinions expressed are not necessarily those of anyone involved in the production of this book, and are not the views of LibriVox.
Dale Ahlquist calls the book a 'philosophical travelogue' of Chesterton's journey across Europe to Palestine. 'On the road to Cairo one may see twenty groups exactly like that of the Holy Family in the pictures of the Flight into Egypt; with only one difference. The man is riding on the ass.'
'The real mistake of the Muslims is something much more modern in its application than any particular passing persecution of Christians as such. It lay in the very fact that they did think they had a simpler and saner sort of Christianity, as do many modern Christians. They thought it could be made universal merely by being made uninteresting. Now a man preaching what he thinks is a platitude is far more intolerant than a man preaching what he admits is a paradox. It was exactly because it seemed self-evident, to Muslims as to Bolshevists, that their simple creed was suited to everybody, that they wished in that particular sweeping fashion to impose it on everybody.