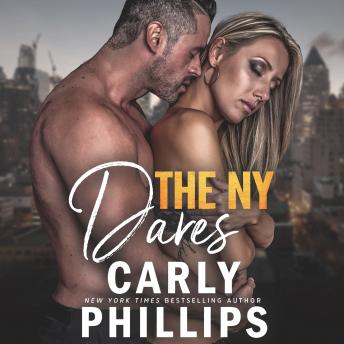 After ending a relationship to a cheating, domineering man, Isabelle Masters takes off in her leased Mercedes, only to be arrested for grand theft and hauled to the police station. To her surprise, she is rescued by Gabriel Dare, a man she’s long been attracted to. Gabe offers Isabelle freedom—along with an invitation to Eden, an exclusive island resort where everything is possible. Though Gabe yearns to possess Isabelle, he knows he must instead help bring out the independence she yearns for—or risk losing her for good. Can Isabelle surrender to his erotic demands without losing her sense of self once more?

Decklan Dare gets everything he wants, and he wants Amanda Collins. Which is perfect, since Amanda wants him—especially his no-strings-attached approach to sex. Emotions are overrated, but the sex isn’t. They both know it and both desire it. But as their connection deepens, Decklan, a man who’s used to being in charge, finds that Amanda can’t be controlled. But she has her reasons. She just might be hiding something—something that won’t let her dare to get too close.

Alpha billionaire businessman Max Savage has had a thing for Lucy Dare for as long as he can remember, but he values his long-standing friendship with her brothers too much to cross the line. But when Lucy shows up at a party on the arm of another man, Max doesn’t like the changes he sees in her and vows to make her his own. It’s now or never. He’ll dare to seduce her—no matter what the consequences.