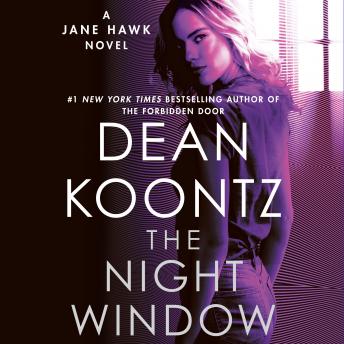 NEW YORK TIMES BESTSELLER • Jane Hawk’s one-woman war comes to an explosive climax as the rogue FBI agent gambles everything against a terrifying conspiracy, for vengeance, for justice, and for humanity’s freedom—from the author of The Silent Corner.

A visionary young filmmaker hunted for sport across a vast Colorado ranch by the celebrated billionaire at the heart of a monstrous cabal . . .

A brilliant computer hacker slipping through top-secret databases a whisper ahead of security trackers, gathering the facts to fight the all-powerful perpetrators of mass murder . . .

A pair of brutal operators, methodically shadowing their targets with every cutting-edge tool in the arsenal of today’s surveillance state . . .

A sequence of quiet heroes—everyday citizens—stepping up, stepping forward, intent on countering the advancing darkness . . .

A Vegas mob boss teamed with a homicidal sociopath, circling a beloved boy and his protectors, aiming to secure him as leverage against his fugitive mother . . .

And that fugitive mother herself, ex-agent Jane Hawk, closing in on the malevolent architects of ruin she has stalked as they stalk her, prepared to sacrifice herself to finally bring them down.

These are the people and circumstances of The Night Window, the thrilling novel in Dean Koontz’s acclaimed Jane Hawk series. Replete—and then some—with the ingenious twists, the spellbinding action, the resonant themes, the sheer heart that have characterized Jane’s journey from the start, The Night Window follows its extraordinary heroine to her long-sought objective, in a stunning, unforgettable finale.

“The spectacular finale to Jane’s story . . . will hit series fans with all the impact of a carefully calibrated hammer blow.”—Booklist (starred review)

“The best installment in the series since the first . . . [Koontz] revs it up with entertaining encounters and offbeat humor.”—Kirkus Reviews

Following the story has been quite a roller coaster ride. I didn’t see how the author could possibly tie up so many concurrent storylines within a relatively short period of time, but he certainly did it. This series of books is one that I will be recommending to all of my book worm friends. The narration was superior. There are nuances to her voice that make it possible for her to portray completely believable male or female voices, even with a variety of accents.

I’m so glad to this title finally came to this platform! Dean Koontz always manages to keep you at the edge of your seat. This whole series was well narrated, and I loved the journey we went on with Jane Hawk. I also liked the way it was written, whereby each chapter was telling a different story, but you never lose your way because the chapters are so short.

As Always Dean Koontz immediately puts me in the middle of his story.15 hours and I can't put it down. Needless to say it was a rainy day so I got a few chores done while listening.

I rate Dean Koontz as one of the greatest authors of our time, and he delivers as he always does in this thrilling conclusion to the Jane Hawk series. You will laugh, cry, be afraid, and be amazed.

This book was a "page turner." The narrator was very good.

loved it... just blew through all 5 in the series sad that it's over.

this book series was amazing. inspirational and interesting. love it

I couldn't stop listening...... Great books. Such detail, felt like I was there in every scene... Great finale. ..

A great final book in this series. I didn't think Koontz could tie up all the loose ends but he surely did. I didn't know what to expect from the ending but it was what I got. great series highly recommended

This was the best conclusion to this series. Bravo! I cannot believe how many emotions I experienced in the telling of this story. Awesome narration and fantastic story.

best ever read.....what a series. On the edge of my seat all the way through. Amazing

koontz tells the story with separate stories that intersect at the end. koontz at his best.

Intelligent and fast-paced. An immersing "page-turner".

Was a great conclusion!! I didn’t want to stop listening. I wanted a bit more interaction of the characters at the end... their thoughts, feelings, prospective. But this was a great series and glad I listened to them all.