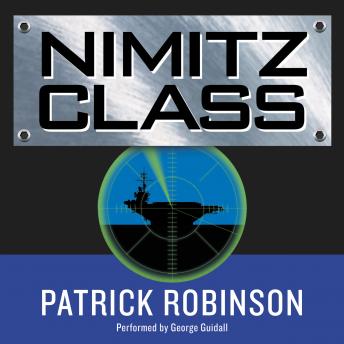 It's as big as the Empire State Building, a massive floating fortress at the throbbing heart of a U.S. Navy Carrier Battle Group. Its supersonic aircraft can level entire cities at a stroke. Its surveillance gear can track every target within thousands of square miles--in the air, on the surface, and under the sea. Its crew of six thousand works night and day to keep this awesome military machine at peak performance. It's a Nimitz-Class nuclear carrier, the most powerful weapons system on the planet. Nothing can touch it.

So when the first stunned messages say only that the Thomas Jefferson has disappeared, the Navy reacts with disbelief. But as her battered escorts report in, the truth becomes inescapable: a Nimitz-Class carrier has been claimed by nuclear catastrophe--the mightiest military unit on earth, vaporized without warning by an accidental detonation of unimaginable power. No other explanation is possible.

But as Navy maverick Bill Baldridge begins to investigate the disaster that claimed his idolized brother's life, another chilling alternative begins to emerge from the high-tech web of fleeting sonar contacts and elusive radar blips. It points to a rogue submarine commanded by a world-class undersea warrior with the steely nerve and cunning of a master spy. Suddenly it's up to Bill Baldridge to track down this shadowy nuclear terrorist, who has already turned America's ultimate weapon into the biggest sitting duck in history--and who still has another nuclear-tipped torpedo in his tubes. He's already proved he has the icy ruthlessness to incinerate six thousand sailors without a qualm. What will he do for an encore?

In these pages the modern military springs to life, form the Pentagon's tense conferences to the screaming flight deck of a giant carrier to the silent conning tower of an attack sub on full alert. But as Bill Baldridge races against time to pursue the nation's most deadly enemy, we are forced to ask ourselves serious real-life questions: Have defense budget cuts jeopardized our national security? Are we prepared to defend ourselves against naval terrorist? How safe are we? Nimitz Class is a world-class techno-thriller with a plot as riveting as Hunt for Red October--and an explosive twist out of tomorrow's headlines.

Today it's a novel. Tomorrow it might be the news.