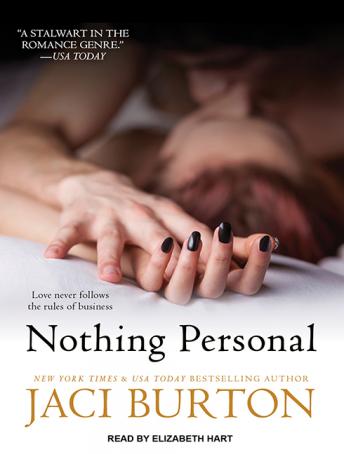 Multimillionaire casino owner Ryan McKay needs a bride in a hurry, and the one he chose has just backed out, which means that he could lose his company within hours. He doesn't know the meaning of the word failure, so he's scrambling for Plan B and not happy that the ridiculous terms of his grandfather's will have backed him into a corner. So when his shy but dedicated executive assistant Faith Lewis tells him that she'll do everything in her power to make sure that he succeeds, she's shocked to realize that Plan B equals her-in other words, he wants to marry her.

Faith reluctantly agrees, burying the heavy crush she's had on Ryan for years. But the shy virgin is going to have to live with, sleep with, and reveal so many secrets to the enigmatic man who sees this as a logical business deal. Faith's been holding out for love, but that four-letter word isn't in Ryan's vocabulary. However, love very rarely follows the rules of business or logic, and this business deal is about to get very personal.Contains mature themes.

This title is due for release on October 22, 2014
We'll send you an email as soon as it is available!