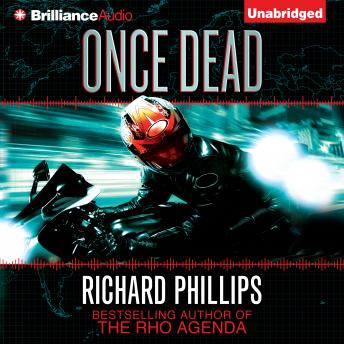 #1 of The Rho Agenda Inception

Jack Gregory, the CIA’s top assassin, bleeds out on a Calcutta operating table and is about to die.

But an alien entity has other plans for him.

If Jack is willing to act as a human host for this dark figure, he lives. Jack takes the deal. One year later, he is known internationally as The Ripper, fixer for hire, and finds himself increasingly drawn to dire, world-shattering events. Suffering strange premonitions and compulsions, Jack has more questions than answers. What destiny does this alien mind foresee? Why has it chosen him?

From bestselling author Richard Phillips comes a globe-spanning sci-fi thriller series with a twist...culminating in the cataclysmic events that set the stage for the Rho Agenda.

A great book for a road trip! Kept me On the edge of my seat!! Well done !