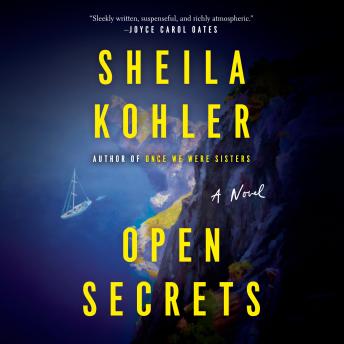 The lies between a husband and wife are revealed, unraveling their family in this thrilling novel that moves between the French Riviera, Switzerland, and Amagansett

When Michel, a Swiss banker, discovers his wife Alice's betrayal he turns for help to a Russian client who leads him into unknown territory, endangering not only his own life but that of Alice, and above all, his fourteen-year-old daughter, Pamela. Their charmed life--a beautiful house on the French Riviera, elegant vacations, and boarding school in Switzerland for Pamela--is not all that it seems. As the repercussions of Michel's illicit deals move closer in around them, Alice finds herself in Amagansett with her artist sister who is having a crisis of her own, while the danger circles around Pamela. Open Secrets is a suspenseful novel about relationships, family, love and the inescapable consequences of one's own actions.