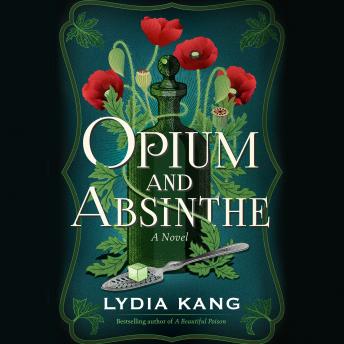 Opium and Absinthe: A Novel

From the bestselling author of A Beautiful Poison comes another spellbinding historical novel full of intrigue, occult mystery, and unexpected twists.

New York City, 1899. Tillie Pembroke’s sister lies dead, her body drained of blood and with two puncture wounds on her neck. Bram Stoker’s new novel, Dracula, has just been published, and Tillie’s imagination leaps to the impossible: the murderer is a vampire. But it can’t be—can it?

A ravenous reader and researcher, Tillie has something of an addiction to truth, and she won’t rest until she unravels the mystery of her sister’s death. Unfortunately, Tillie’s addicted to more than just truth; to ease the pain from a recent injury, she’s taking more and more laudanum…and some in her immediate circle are happy to keep her well supplied.

Tillie can’t bring herself to believe vampires exist. But with the hysteria surrounding her sister’s death, the continued vampiric slayings, and the opium swirling through her body, it’s becoming increasingly difficult for a girl who relies on facts and figures to know what’s real—or whether she can trust those closest to her.

Didn't like the narrator at first but grew to love her. Greatly enjoyed the story as well

This title is due for release on July 1, 2020
We'll send you an email as soon as it is available!