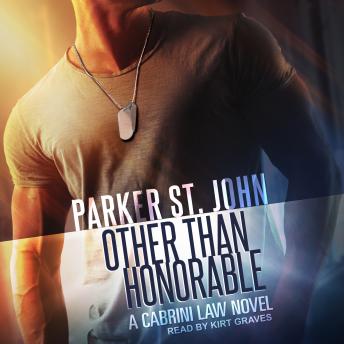 Other Than Honorable: A Cabrini Law Novel

Revenge is a risky business . . . but nothing is more dangerous than love.

No one would suspect the hell Matthew Ballard has lived through, least of all the green-eyed Marine sent to protect him. Matt is playing a long con against a dangerous foe. He can't afford the distraction of a bodyguard with his own pile of issues . . . no matter how desperately he secretly craves the feel of his rough hands.

When J. D. Reese lost the Marine Corps, he lost the only home he ever knew. Discharged and adrift, he can't afford to refuse a job protecting the spoiled heir of an embattled energy corporation. His young charge is cunning, arrogant, and infuriating . . . and Reese wants him more than his next breath.

Can two hard-as-nails men surrender to each other when the fight is all they've ever known?

Other Than Honorable: A Cabrini Law Novel