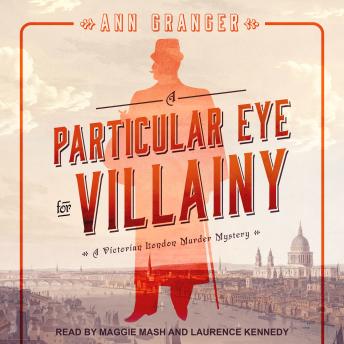 A Particular Eye for Villainy: A Victorian London Murder Mystery

The fourth thrilling crime novel in the Inspector Ben Ross series, and a brutal killing that brings the murder very close to home . . .

When Mr. Thomas Tapley is found bludgeoned to death in his sitting room, his neighbor Inspector Benjamin Ross of Scotland Yard is immediately summoned.

Little is known about the elusive gentleman until Mr. Jonathan Tapley, QC, hears of the news and the truth about his cousin's tragic past slowly begins to emerge. Meanwhile, Ben's wife Lizzie is convinced she saw someone following Thomas Tapley on the day he died and she discovers that he received a mysterious visitor a few days before his death.

As the list of suspects begins to mount, Ben must unearth who would benefit most from Tapley's unfortunate demise.