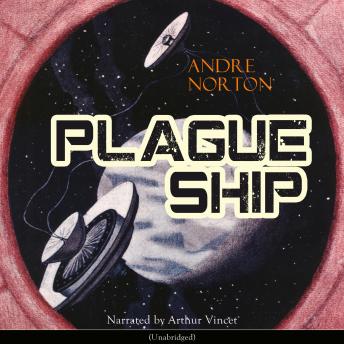 The ship (Solar Queen) has recently obtained a valuable trading contract on the planet Sargol and are building a relationship with one of the races on the planet, the cat-like Salariki. The process goes slowly till the Salariki discover that the Solar Queen is carrying catnip and other plants from Terra that are unknown on Sargol. The traders exchange what little of the plants they have for the rare and valuable Koros stones and collect a native red-colored wood to exchange at home. At the last minute the storm priests of the Salariki demand that the Solar Queen take a pre-paid contract to return within 6 months with more plants. A few days after leaving the planet, several members of the crew suffer from attacks, which start with severe headaches and end in a semi-coma state. Upon exiting hyperspace, the crew discovers that they are pariah and have been declared a plague ship... This is the second installment in Norton's Dane Thorson/Solar Queen series.

This title is due for release on March 22, 2017
We'll send you an email as soon as it is available!