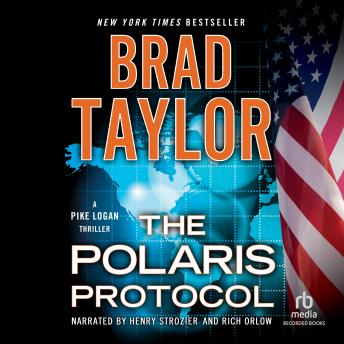 Taskforce operators Pike Logan and Jennifer Cahill are used to putting their lives at risk, but in The Polaris Protocol it' s Jennifer' s brother and countless more innocents who face unfathomable violence and bloodshed. Pike and Jennifer are in Turkmenistan with the Taskforce-- a top-secret antiterrorist unit that operates outside US law-- when Jennifer gets a call from her brother, Jack. Working on an investigative report into the Mexican drug cartels, Jack Cahill has unknowingly gotten caught between two rival groups. His desperate call to his sister is his last before he' s kidnapped. In their efforts to rescue Jack, Pike and Jennifer uncover a plot much more insidious than illegal drug trafficking-- the cartel that put a target on Jack' s back has discovered a GPS hack with the power to effectively debilitate the United States. The hack allows a user to send false GPS signals, making it possible to manipulate everything from traffic signals and banking wire transfers to cruise missiles, but only while the system' s loophole remains in place.

This title is due for release on January 14, 2014
We'll send you an email as soon as it is available!