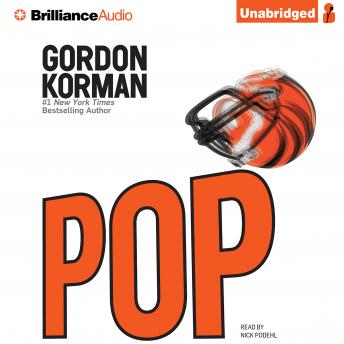 When Marcus moves to a new town in the dead of summer, he doesn't know a soul. While practicing football for impending tryouts, he strikes up an unlikely friendship with an older man. Charlie is a charismatic prankster-and the best football player Marcus has ever seen. He can't believe his good luck when he finds out that Charlie is actually Charlie Popovich, or "the King of Pop," as he had been nicknamed during his career as an NFL linebacker. But that's not all. There is a secret about Charlie that his family is desperate to hide. When Marcus begins school, he meets the starting quarterback on the team: Troy Popovich. Right from the beginning, Marcus and Troy disagree-about football, about Troy's ex-girlfriend, Alyssa, but most of all about what's good for Charlie. Marcus is betting that he knows what's best for the King of Pop. And he is willing to risk everything to help his friend.

This title is due for release on August 25, 2009
We'll send you an email as soon as it is available!