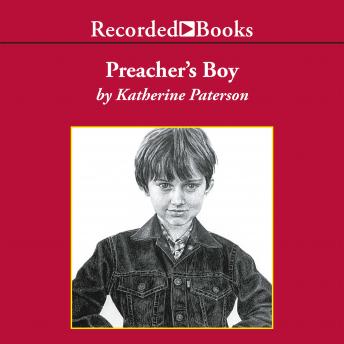 Willful and high-spirited, exerting his independence at every turn, 10-year-old Robert 'Robbie' Burns Hewitt plans to live life to the fullest--because the world is going to end at the turn of the century anyway! The year 1900 is fast approaching. Robbie decides that living by The Ten Commandments, which have been drilled into his head by his preacher father, is not meant for him--since he 'ain't got the knack for holiness.' On his quest to be his own person, he stirs up trouble daily. Before long, he must choose between the truth and a lie while a man's life hangs in the balance. Newbery Award-winning author Katherine Paterson brings to life Robbie's honest emotions of anger, jealousy and fear, leading him to make a number of disturbing choices. Despite the challenges, Robbie emerges as an engaging character with a good heart.