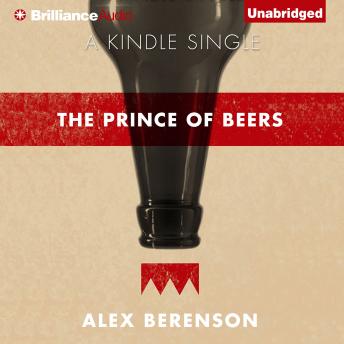 The Prince of Beers

August Busch IV had everything - or seemed to. In 2006, Busch became the chief executive of Anheuser-Busch, the sixth member of his family to control the legendary brewery. At age 42, Busch was handsome, wealthy, married to a beautiful woman, and running one of the biggest companies in America.

Two years later, Busch lost control of Anheuser-Busch. Soon he was jobless, divorced, and struggling with alcohol and drugs. Then he woke to find his girlfriend, a waitress named Adrienne Martin, dead in his bed. From prize-winning novelist and former New York Times reporter Alex Berenson, The Prince of Beers is the true story of the secrets, lies, addiction, and family dysfunction behind Martin's death and Busch's shocking downfall.

This title is due for release on January 11, 2013
We'll send you an email as soon as it is available!