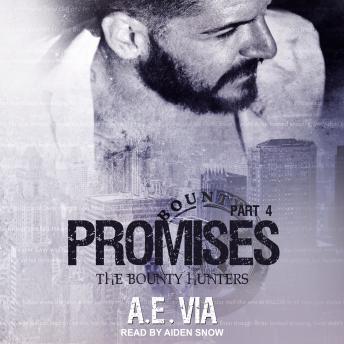 Brian King was honorably discharged from the United States Navy five years ago. He'd left with the highest honors a man can receive in his country, but he'd paid the ultimate price to earn them. He'd returned home with all his limbs, his right mind, and with his only brother Ford, at his side. But, one thing had been lost, maybe for good . . . his voice.

Now, being a bounty hunter is Brian's only means to satisfy his need to calculate, track, and capture. He missed companionship, he missed communicating. So, when he met Sway Hamilton-in the most unconventional means-he'd been surprised at his special way of understanding Brian's every look . . . and touch.

Sway grew up in the rough part of ATL, trailing behind his twin brother Stanton and his best friend, Dana. He and his brother had a bond only twins could understand. So when Stanton's life was taken during their sophomore year in college, Sway didn't think he'd ever recover. However, Sway knew there was more to life than heartache.

Sway has to learn to trust in love, and Brian has to believe that Sway will always understand him even if he never speaks again.