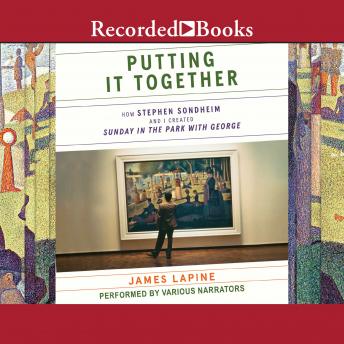 Putting It Together: How Stephen Sondheim and I Created Sunday in the Park with George

Putting It Together chronicles the two-year odyssey of creating the iconic Broadway musical Sunday in the Park with George. In 1982, James Lapine, at the beginning of his career as a playwright and director, met Stephen Sondheim, nineteen years his senior and already a legendary Broadway composer and lyricist. Shortly thereafter, the two decided to write a musical inspired by Georges Seurat’s nineteenth-century painting A Sunday Afternoon on the Island of La Grande Jatte.

Through conversations between Lapine and Sondheim, as well as most of the production team, the two Broadway icons lift the curtain on their beloved musical. Putting It Together is a deeply personal remembrance of their collaboration and friendship and the highs and lows of that journey, one that resulted in the Pulitzer Prize–winning classic.