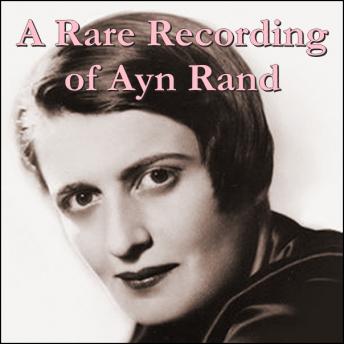 A Rare Recording of Ayn Rand

H.P. Lovecraft (1890 - 1937) was an American horror fiction writer. Though he died in poverty and was only published in pulp magazines before his death, he is now regarded as one of the most significant 20th-century authors in the genre. Lovecraft was a prodigy, reciting poetry at the age of three, and writing complete poems by six. His grandfather encouraged his interest in the unusual by telling him his own original tales of gothic horror. Lovecraft's most popular book is, perhaps, At the Mountains of Madness. He also wrote The Call of Cthulhu, along with many short stories and literary correspondences. In this rare recording, he is interviewed as part of a WPA project during the New Deal.