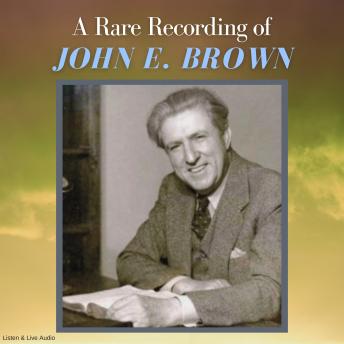 John E. Brown (April 2, 1879 - February 12, 1957) was a prominent Methodist evangelist, publisher, radio pioneer, and educator in the first half of the twentieth century. In 1919, he established John Brown University, one of Arkansas' leading private universities to provide an interdenominational, Christian education for needy students. He was also the leading figure in securing passage of a law prohibiting the sale of alcohol in Benton County, a ban that continued into the twenty-first century.

This title is due for release on October 27, 2016
We'll send you an email as soon as it is available!