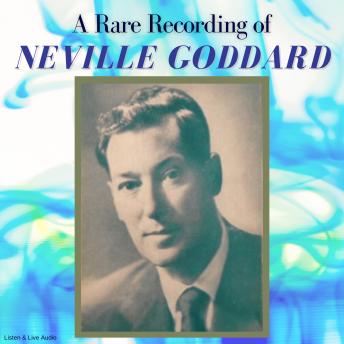 A Rare Recording of Neville Goddard

Neville Goddard (1905 - 1972) was a teacher, author and lecturer. He was born in St. Michael, Barbados, and came to the US in 1922 to study drama and dance. While touring with his dance company in England he developed an interest in metaphysics. After his return to New York he gave up the entertainment industry to devote his full attention to the study of spiritual and mystical matters. While living in Los Angeles in the 1950s, he gave a series of talks on television and radio. In his lectures and books Neville dealt with what he called "The Law" and "The Promise." These relate to the method of creating one's physical reality through imagining, and is similar to the teachings of the New Thought movement. This public lecture is about beliefs, knowing, and other mystical topics.