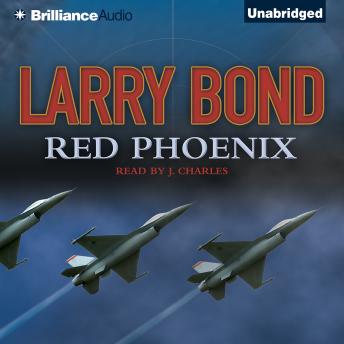 From the author who collaborated with Tom Clancy on Red Storm Rising, this is the book that dares to show us the military hardware, global upheavals, and raw combat a second Korean War would unleash. How F-16s would blast across the 38th Parallel. How ultra-modern submarines would vie for the seas. And how two armies would turn the snowfields of Asia red with blood. A thundering geopolitical thriller of vast scope, this is Red Phoenix—and a new standard for military/political suspense fiction.'A big, big book.… A superb storyteller…Larry Bond seems to know everything about warfare, from the grunt in a foxhole to the fighter pilots far above the earth.… Red Phoenix is wonderfully entertaining and deserves to be the bestseller it is.' —New York Times Book Review'Gripping…masterfully accurate…Mr. Bond is in complete command.' —Baltimore Sun'Harrowingly real and persuasive.' —Newsday'A direct hit! The techno-thriller has a new ace, and his name is Larry Bond.' —Tom Clancy

This title is due for release on September 25, 2006
We'll send you an email as soon as it is available!