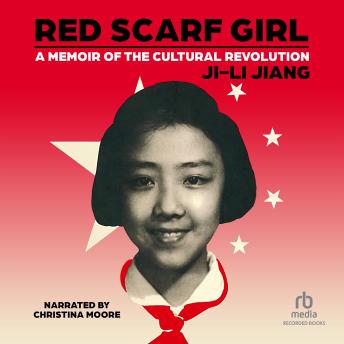 Red Scarf Girl: A Memoir of the Cultural Revolution

Twelve-year-old Ji-li Jiang has brains, friends, and a bright future. Then Mao Zedong launches China's infamous Cultural Revolution. Soon school is suspended and students are getting caught up in the fervor of Mao's extreme politics. When Ji-li's family is accused of capitalist crimes, all of her beautiful dreams burst like soap bubbles. Because Ji-li's grandfather was a landlord, her family is harassed and humiliated. Their home is searched, and they live in constant fear. Nonetheless, Ji-li remains loyal to her beloved Chairman Mao and endeavors to 'reform her ideology.' But with her father's detention, Ji-li is faced with the most difficult choice of her life. Told with simple grace, this is the true story of a family's courage in one of the most terrifying eras of modern history. Christina Moore's moving narration makes the Jiang family's saga unforgettable.

Red Scarf Girl: A Memoir of the Cultural Revolution

This title is due for release on March 8, 2013
We'll send you an email as soon as it is available!