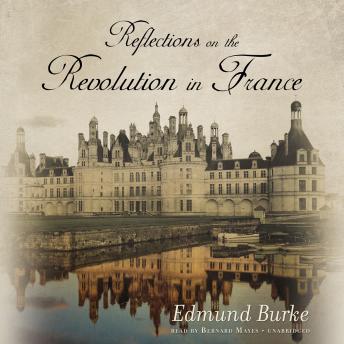 Reflections on the Revolution in France

This famous treatise began as a letter to a young French friend who asked Edmund Burke’s opinion on whether France’s new ruling class would succeed in creating a better order. Doubtless the friend expected a favorable reply, but Burke was suspicious of certain tendencies of the Revolution from the start and perceived that the revolutionaries were actually subverting the true “social order.” As a Christian––he was not a man of the Enlightenment––Burke knew religion to be man’s greatest good and established order to be a fundamental pillar of civilization.
Blending history with principle and graceful imagery with profound practical maxims, this book is one of the most influential political treatises in the history of the world. Said Russell Kirk, “The Reflections must be read by anyone who wishes to understand the great controversies of modern politics.”

Reflections on the Revolution in France

This title is due for release on February 14, 2014
We'll send you an email as soon as it is available!