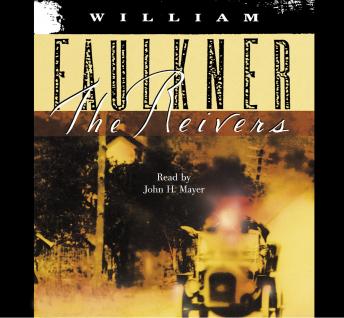 One of Faulkner's comic masterpieces, The Reivers is a picaresque that tells of three unlikely car thieves from rural Mississippi. Eleven-year-old Lucius Priest is persuaded by Boon Hogganbeck, one of his family's retainers, to steal his grandfather's car and make a trip to Memphis. The Priest's black coachman, Ned McCaslin, stows away, and the three of them are off on a heroic odyssey, for which thy are all ill-equipped, that ends at Miss Reba's bordello in Memphis. From there a series of wild misadventures ensues--involving horse smuggling, trainmen, sheriff's deputies, and jail.

This title is due for release on March 6, 2008
We'll send you an email as soon as it is available!