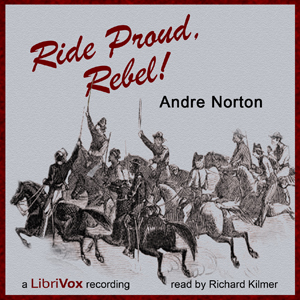 Drew Rennie, served as a cavalry scout in Confederate general John Hunt Morgan's command. He had left home in 1862 after a final break with his harsh grandfather, who despised him since his birth because of his mother's runaway marriage to a Texan. During the final year of conflict Drew has the additional responsibility of looking out for his headstrong fifteen-year-old cousin Boyd, who has run away from home to join Morgan's command and has a lot to learn in the school of hard knocks the army provides. The story follows the two of them and a new friend, Anson Kirby, through campaigns in Kentucky, Tennessee and later on deeper into the South, first with Morgan and later under Forrest. (Summary by Richard Kilmer)

Richard Kilmer is the only one I can listen too.

Andre Norton 's books are always a pleasure to read and revisit. Like a comfort food

The narrator butchered the southern language and made it very hard to stay with the story.

The story might be good but the narrators voice is definitely not.