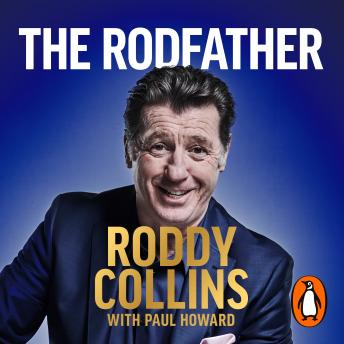 The Rodfather: Inside the Beautiful (Ugly, Ridiculous, Hilarious) Game

Roddy Collins is a football man - now in the sixth decade of a career as a player (at sixteen clubs), manager (twelve clubs) and commentator. And he is a funny man: an unequalled raconteur with a sharp eye for the absurdities of the professional game and spectacular recall. He has made friends wherever he has gone, along with some high-quality enemies. When John Delaney said he could get Roddy a job if he'd just stop criticising him, Roddy replied that he'd 'rather dig holes in the road'.

Now, with the brilliant Paul Howard, Roddy puts it all down on paper for the first time - the adventures, the rows and the craic - in what will be not only one of the funniest but one of the most eye-opening books ever written about professional football.

This title is due for release on November 17, 2022
We'll send you an email as soon as it is available!